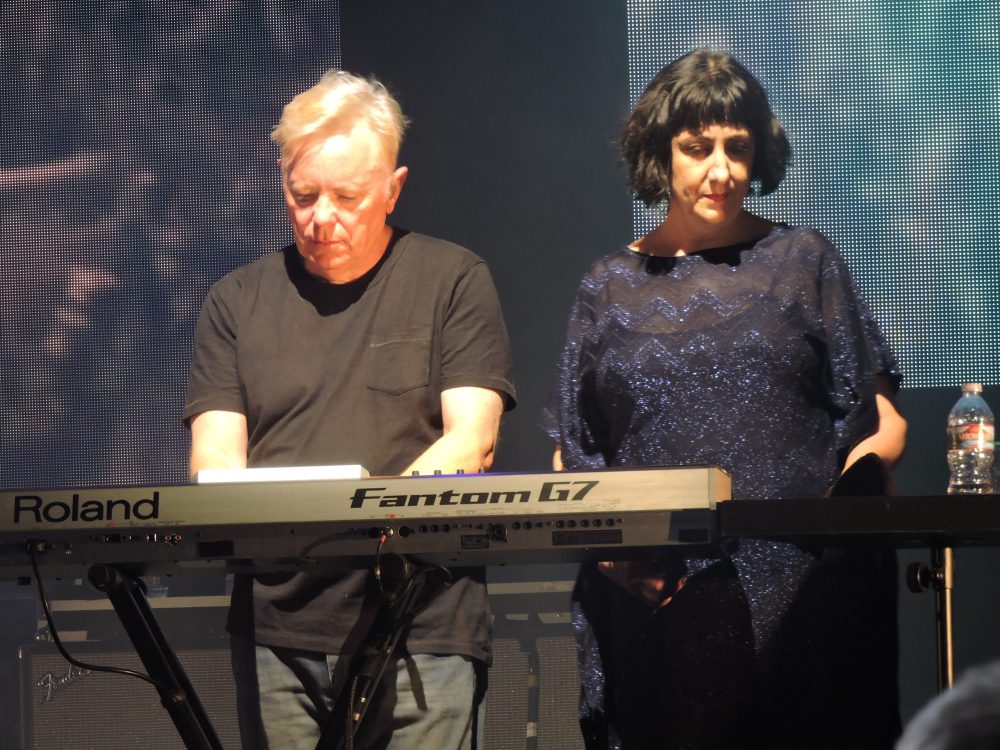 It has befuddled me why Coachella has scheduled New Order against one of the headliners the last two time the groundbreaking English band has been at the Empire Polo Grounds.

As a fan, I would love to see them get more exposure to the younger generation as their sound, I believe, is a precursor for EDM and I think those who don’t know New Order would fall in love with them.

On the other hand, with the struggles of battling through the numerous people, it was actually nice to have some breathing room in the Mohave Tent while they played Sunday night against Kendrick Lamar.

And I don’t think there are more enthusiastic crowds than the ones for New Order.

Their music was the soundtrack of my college days.

They were cutting edge in the day and while I never got to see them live during those days, I’m sure their look was as edgy as their sound.

Today, they look middle-aged, like me. But they exude joy with their music. When lead singer Bernard Sumner breaks out in dance on hits like “Bizarre Love Triangle,” I kind of compare it to watching your father dance for the first time.

But it’s so endearing as well. He’s getting into his great music, and it makes me enjoy it more.

There are so many great songs from New Order that they are must see every time they are at Coachella. At least for me.

This year, their encore songs were two from Joy Division, which was New Order’s original incarnation, but they changed the name after Ian Curtis committed suicide.

I hadn’t known much of Joy Division, but the final song, “Love Will Tear Us Apart,” is definitely a favorite.