Twice last year, just waiting in line to get into Coachella, I saw two girls passing out. Going in. During the day.

Now that’s a bummer way to start your Coachella. So here’s a few advice for Coachella from one long-time attendee.

This is a desert. And while the punch line is, “It’s a dry heat,” it can sneak up on people. Case in point, the girls who passed out waiting to get in. Drink a lot of water, Gatorade, coconut water, whatever. Chug a lot before you get in.

Beer does not count. If you want to drink, I’d advise doing it later in the day.

I think this goes without saying, but the sun really does burn out here.

If you aren’t camping, and you’re starving after the headliners, this valley doesn’t have a lot of late night options. But there are two areas that have places to go and eat.

On the corner of Simon and Highway 111, you’ll find an In N Out, which last year was open until 3 a.m., giving you plenty of time to get there, even with the nightmare of trying to get out of the parking lots. 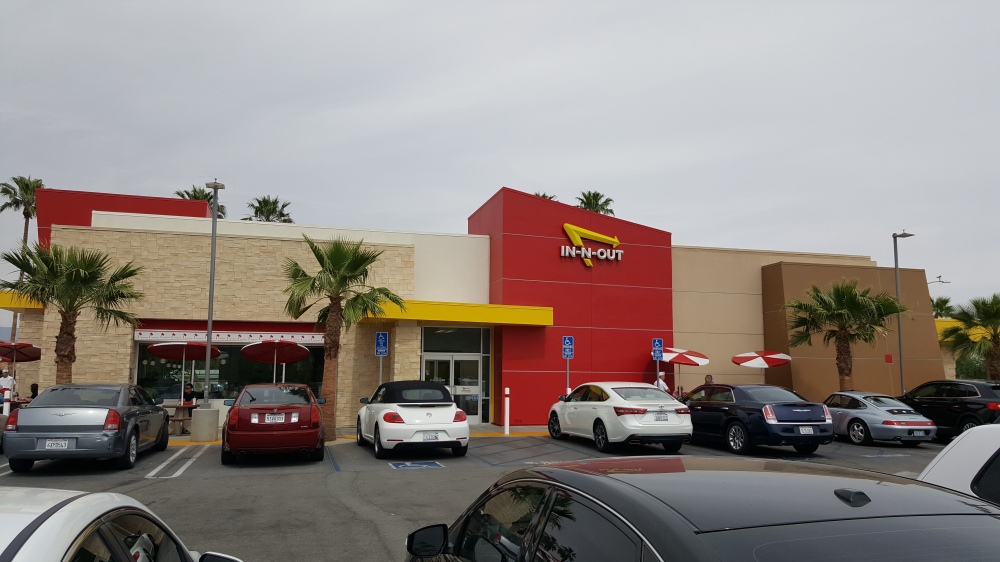 I haven’t gone there lately, but the 5 Guys Burgers on Washington and Highway 111 was open late too during one Coachella.

If you go further up on Washington, past the I-10 bridge, hit a right on Varner. Between the Arco and Chevron gas stations, there’s a Castaneda Mexican Food restaurant that has a great variety of Mexican foods. A lot of my friends love the carne asada fries.

Also on Washington, on the corner of Country Club, there’s a Subway that’s open 24 hours. You won’t exactly be able to see it off the street.

Back on Varner, next to Castaneda’s, there’s also a Winchell’s to satisfy your sweet tooth.

And around the valley, you’ll find your typical fast food places.

Coachella gets dusty. I mean really dusty. And the valley can get really windy, so if you have allergies, this can be a nightmare.

Even if you don’t have allergies, the dust can really be a pain. And it gets worst if you’re Weekend 2. So remember to bring a bandana to cover your face.

Bring your own TP

Ladies, the porta-potty’s are a nightmare. Now, Coachella has added an actual bathroom facility between the food area and the tents. But those get really crowded. And let’s just say sometimes resources can run out in inopportune times. Better safe than sorry.

And I know people want to eat healthy, but easy on the fiber, especially on Sunday. Those porta-potty’s get bad. Save the fiber for after Coachella.