I used to joke that the Chinatown, or Asian population base, in the Palm Springs area was the casinos and the outlet malls, since those places bused people from Los Angeles.

That was reflected in the choices of Asian restaurants around here. There were a bunch of Thai restaurants, and Thai Kitchen in Cathedral City was my go to.

But over the years, there’s been many more Asian options than I could remember, which makes me happy.

The newest addition is really from an old friend. Umami Seoul took over the spot where Thai Kitchen used to be — across the street from Trader Joe’s in the Target shopping center.

The owners of Wasabi in Downtown Palm Springs sold their business earlier this year. The owner said she was ready to retire, but a few months later, started to look for another business to open.

Thus we have Umami Seoul, which has all the great sushi you’ve come to expect from Wasabi. It’s not just sushi, but a full Japanese menu.

It’s not exclusively a Japanese restaurant, as evidenced by the name. They also wanted to add Korean dishes to give customers a pretty loaded menu.

For my maiden trip, I decided to go pass on the sushi, which wasn’t easy to do, and try a Korean dish and some of the appetizers.

I started with the basic appetizers of pot stickers and the shrimp egg rolls.

For the main dish, I tried the Bi Bim Bap, a rice bowl that had beef, veggies and a fried egg with a spicy sauce that was really flavorful.

The dish also came with your traditional Korean side dishes, including kimchi. Nothing was super spicy, and I didn’t ask for it to be spicier. But it was all good. 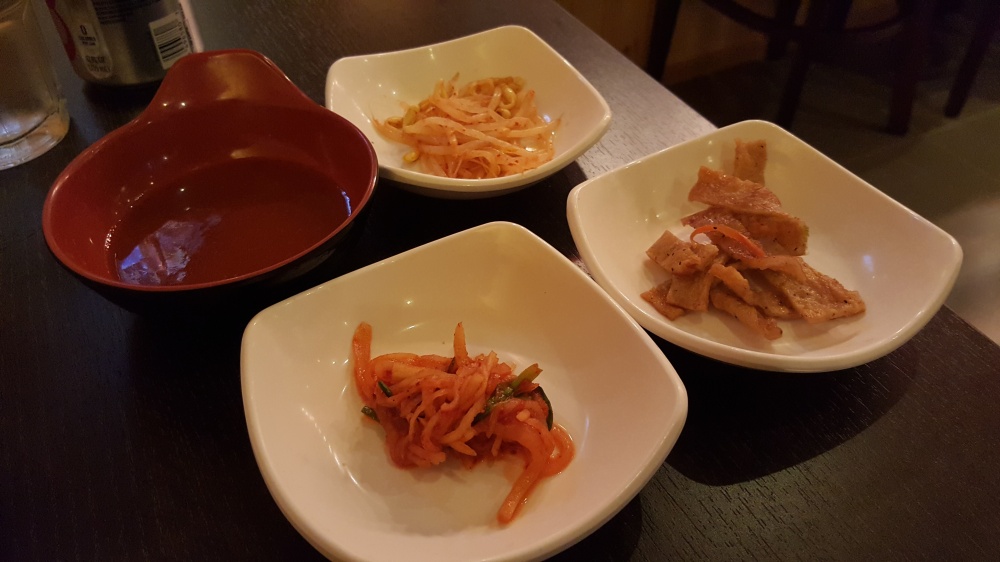 Sitting next to me, several people got the Korean BBQ. I have only been to the ones where you grill your own meat. This one, the food came on sizzling plates, much like you would expect from fajitas.

When I looked at the menu, there are several other dishes I want to try, including the ramen for when it gets colder. Pho is great, but I’m more of a ramen guy.

The owner told me she just wanted to open something small. Umami Seoul is a small spot, but I think they’re going to be a hot ticket in the Coachella Valley very quickly.