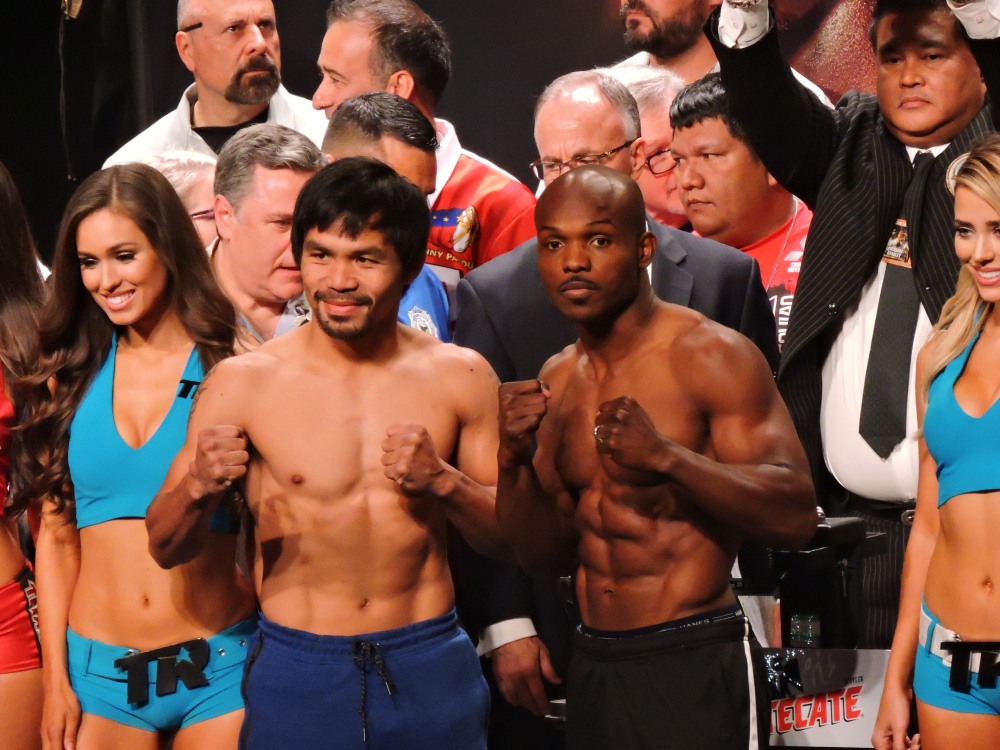 Timothy Bradley isn’t one to make excuses, but the injuries he suffered in the first two fights against Manny Pacquiao forced him to make some changes.

One of the most significant was backing off his strict vegan diet and return to eating lean meats and fish during his training camp.

Bradley felt he didn’t have the kind of quality protein his muscles needed, which lead to the breakdown in both fights.

“I need to fight a fight with two good legs so I said ‘darn it, I need to make a change,’” said Bradley, who stopped the vegan diet following his loss to Pacquiao in the second fight in 2014. “I feel the difference when I am in there fighting. I am recovering during my workouts.  I think now I have all of the pieces to the puzzle.

“I think I have all of my eggs in one basket – all the right pieces to the puzzle and it gives me the best opportunity to beat Manny Pacquiao.”

Bradley will get a third shot at Pacquiao on Saturday, April 9 when they meet at the MGM Grand Garden Arena. The fight will be televised on HBO pay-per-view.

In his first meeting against Pacquiao, Bradley fractured his left foot in the second round and sprained his right ankle in the fourth. The pain was so bad that Bradley told his corner that he thought he broke his foot. Yet Bradley won by split decision.

In the second fight, Bradley tore his calf in two places during the fourth round. The fight was even through the first half of the fight, but Bradley lost steam from trying to go for a knockout and Pacquiao won by unanimous decision.

Bradley said trying to battle injuries and an opponent as lethal as Pacquiao starts playing with your head.

Another new change for Bradley will be having Teddy Atlas in his corner. It is only the second time Atlas has worked Bradley’s corner, but it has given the Desert Storm added confidence.

In preparation for Pacquiao, Atlas said one of the key things he did in training camp is change Bradley’s workload. Sparring was reduced and the mileage of his daily runs were slashed.

“I looked at the calendar and saw that he was 32 and it made sense to train a 32-year-old – a five-time world champion – a little different than a 25-year old or 26 or 27,” Atlas said. “It is common sense just understanding with that kind of experience with those kinds of miles over the course of his career sometimes less is more.

“You do the same thing if you have a car – when it gets a little older you don’t take it on the highway 100 miles per hour – you don’t do that.  You might bring it out fast on certain days but on other days you let it go at a more proper pace.”